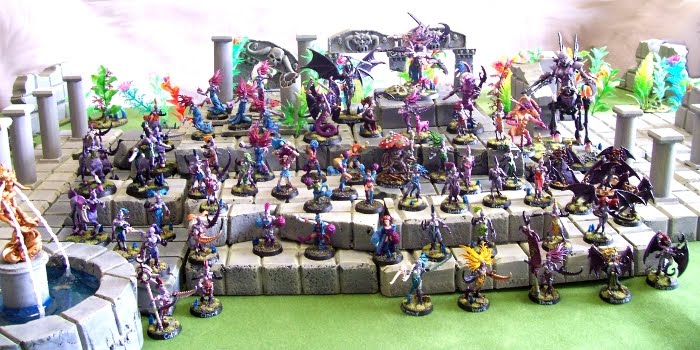 I am quite behind on posts right now, this has been finished since Gottacon. As I finished it just in time for it to be played on by tournament players. I myself did not play in the tournament this year, but it was awesome seeing people enjoying the tables i brought to contibute. Here are pictures from Gottacon. 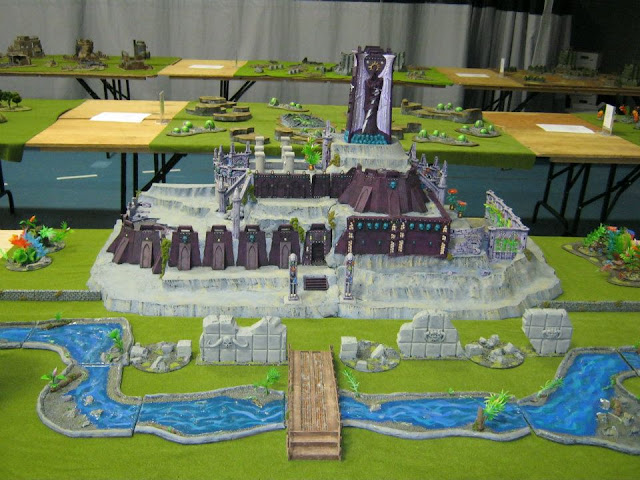 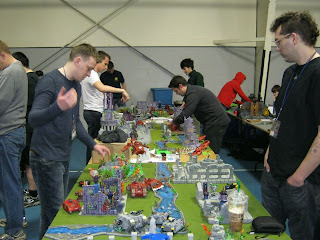 People playing on all 3 of my tables, castle mountain is in the middle. 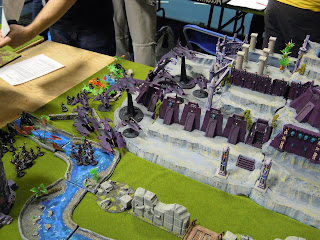 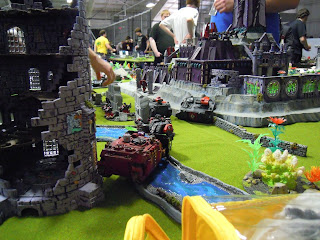 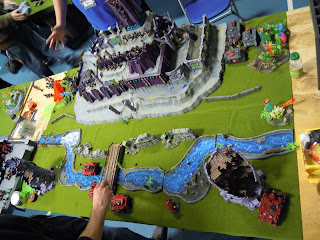 I haven't taken any close up pictures but I figured the ones of these battles would do fine.
As I mentioned I did not play in the 40K tournament this year, I only played in the Warmachine doubles tournament. I was sad about the lack of really awesome terrain for the Warmachine tournament this year so I am determined to help that by having a few tables to provide for it for next year. I am already working on a 'water table'. Posts of that to come eventually.
Posted by Sammy at 11:39 AM

Sammy
Yes I am a Female gammer, I play nWo, Warhammer 4oK, DnD, Magic the gathering and and any other game that strikes my fancy as long as its interactive and not a video or computer game. Who wants to watch tv when you can play games.